Love To Craft Challenge Blog
The theme for this challenge is...
Anything Goes

I have seen different ways of using a napkin on a card and have been wanting to try it. I found a tutorial with a way of doing that is so easy. I had a lot of fun with it, so I created two cards. 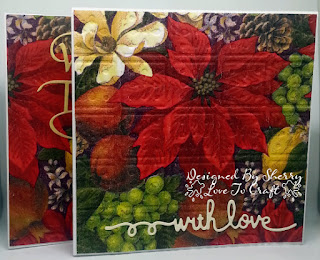 I won blog candy from Carolina Cards By Mary H. She sent me this beautiful napkin along with a few other napkins that I will for sure be using. I still have half of this napkin to use next year. :) She also sent me the die that I used for the sentiment 'Warm Thoughts'. 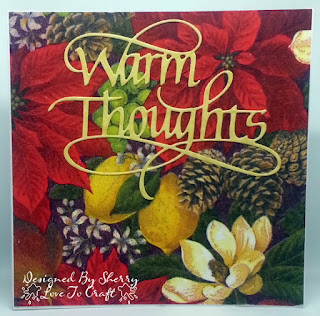 I wanted to try and make the napkin on my second card look quilted, so I used an embossing folder that I also received from Carolina Cards By Mary H. 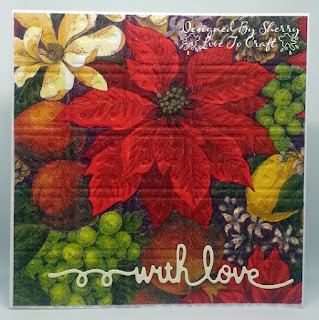 I have to admit it, I goofed and debossed it instead of embossed. A 'duh me' moment, lol. That's the second time I have done that and no doubt there will be more.
I have to say though, that I have never used one of those double sided embossing folders, so will blame it on that, lol. You know, confusion, hehe. :)

I think maybe you can see it better with a side view. 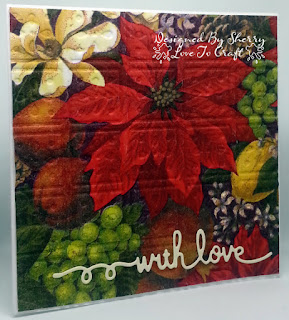 ...For This Card - Step By Step...
To see how to do this -  Tutorial By: Craftie
First...it's the same thing for both cards, except for the debossing on the one.
Cut my napkin in half, then half again, to where there are four parts.
Using one part of the napkin I measured a piece of white cardstock and cut it to fit.
Using a glue stick added glue all over the white cardstock.
Then attached the napkin to the cardstock.
Used a paper trimmer to cut off the excess napkin around each side.
Made the card with white cardstock a little larger than the napkin cardstock.
Added tape to the back of the napkin cardstock then attached to the card.
Cut the sentiment 'Warm Thoughts' out and glued it onto the card using Ad-tech glue.
I had the 'With Love' sentiment already cut out so glued it onto the other card.


Hope you like my DT card and it gives you some inspiration.
We would love to have you join us!

Thank you for visiting.
Happy Crafty Hugs,
Sherry x
Posted by Loose Stitches at 3:00 AM

Thank you so much for your comments. I enjoy reading them. :)

For those of you whose blogs I usually visit...
I am sorry that I haven't been well enough to do so for awhile now.

Loose Stitches
Hello, I am Sherry aka Loose Stitches. I am a wife, mother and grandmother. I enjoy crafting of many types. 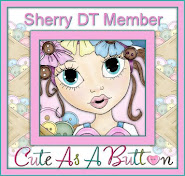 Cute As A Button Inspiration Showcase 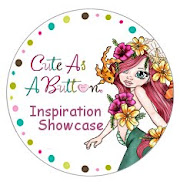 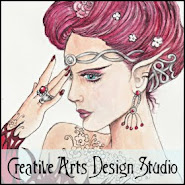 Cute As A Button Store 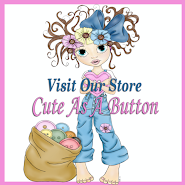 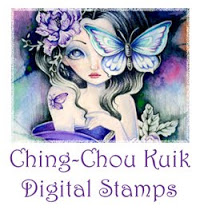 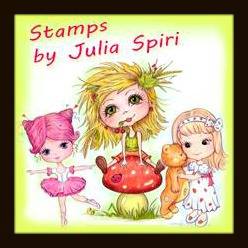 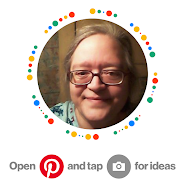 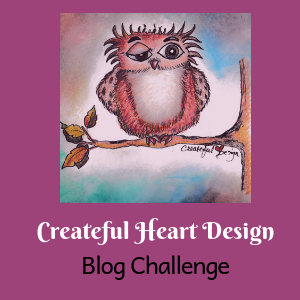 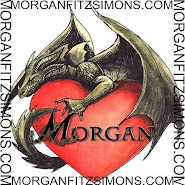 Cute As A Button MeWe 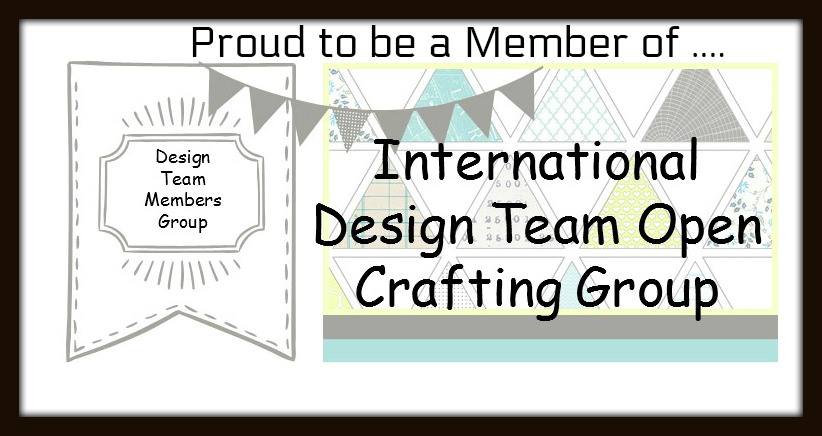